Home2 Tags and a Report Card of Fellow Bloggers!
Tomorrow It Will Be! Best Wishes Always…

Am doing tags after ages!!
I had been tagged for these Tags by Shas, Mrigank and Avada

RULE 1- You can only say Guilty or Innocent.
RULE 2- You are not allowed to explain anything unless someone messages you and asks!
RULE 3- Copy and paste this into your notes, delete my answers, type in your answers and tag to your friends to answer this. 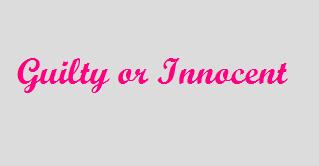 Asked someone to marry you? Innocent
Ever kissed someone of the same sex? Guilty
Danced on a table in a bar? Innocent
Ever told a lie? Guilty
Had feelings for someone whom you can’t have back? Guilty
Kissed a picture? Guilty
Slept in until 5 PM? Guilty
Fallen asleep at work/school? Guilty
Held a snake? Innocent
Been suspended from school? Innocent
Worked at a fast food restaurant? Innocent
Stolen from a store? Innocent
Been fired from a job? Innocent
Done something you regret? Guilty
Laughed until something you were drinking came out your nose? Innocent
Caught a snowflake on your tongue? Innocent
Kissed in the rain? Innocent
Sat on a roof top? Guilty
Kissed someone you shouldn’t? Guilty
Sang in the shower? Guilty
Been pushed into a pool with all your clothes on? Innocent
Shaved your head? Innocent
Had a boxing membership? Innocent
Made a girlfriend cry? Guilty
Been in a band? Innocent
Shot a gun? Guilty
Donated Blood? Innocent
Eaten alligator meat? Innocent
Eaten cheesecake? Guilty
Still love someone you shouldn’t? Guilty
Have/had a tattoo? Innocent
Liked someone, but will never tell who? Guilty
Been too honest? Guilty
Ruined a surprise? Guilty
Ate in a restaurant and got really bloated that you couldn’t walk afterwards? Guilty
Erased someone in your friends list? Guilty
Dressed in a woman’s clothes (if you’re a guy) or man’s clothes (if you’re a girl)? Guilty
Joined a pageant? Innocent
Been told that you’re handsome or beautiful by someone who totally meant what they said? Guilty
Had communication with your ex? Guilty
Got totally drunk on the night before exam? Innocent
Got totally angry that you cried so hard? Guilty 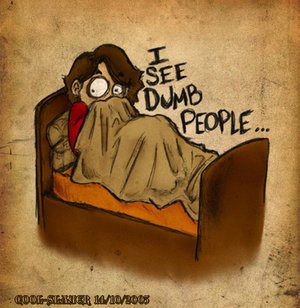 [x] Sometimes you just stop thinking (most of the time I wont think about anything).
[x] You are telling a story and forget what you were talking about.
[] People often shake their heads and walk away from you.
[] You are often told to use your “inside voice”.
[x] You use your fingers to do simple math.
[x] You have eaten a bug.
[] You are taking this test when you should be doing something more important.
[x] You have put your clothes on backwards or inside out, and didn’t realize it.
[x] You’ve looked all over for something and realized it was in your hand.
[] You have ran around naked in your house.

[] You repost bulletins because you are scared that what they say will happen to you if you didn’t.
[] You break a lot of things.
[] Your friends know not to use big words around you.
[] You tilt your head when you’re confused.
[] You have fallen out of your chair before.
[] When you’re lying in bed, you try to find pictures in the texture of the ceiling or wall.
[] The word “ummmmm” is used many times a day.

And now the Report Card of Fellow Bloggers on these Tags!

I tag Avdi, Nishita, Amrit, Prashansa, Kavita Saharia, Neha, Kaddu, Rohitha, Lakshmi Rajan, Shahid Mukadam, Seema Syed,  Pawan, RSV, Swapna Raghu Sanand, Indian Home Maker, Reema, Roshmi, Chetan, Jon, Naveen, The Butterfly Diaries, Aativas, Whats In A Name and all others who have not done these tags and would like to take them up!!!