HomeCOLLABORATIONSNeed for Speed
Spiralling Some Magic We Got Snail Mail

We live in a fast paced world . We like speed in everything.  We are so used to speed around us that slow drivers on the road, slow billing lines in the super market, slow learners, slow internet… they all drive us crazy!

Of all the slow things, nothing is more frustrating than a slow internet! In fact, slow internet is worse than no internet. 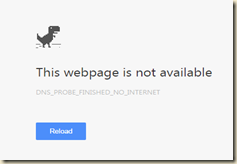 How many times it has happened that the webpage you so desperately want to check will just not load. All you will see is an hour glass timer spinning for an indefinite period of time or the loading circle just continuing to rotate which means that the page is loading. But the webpage would just not load, no matter how many times you stab the refresh button!

Or you want to download a song or an app, and the message you will get is “63 hours 37 minutes remaining”!!

Being connected with the world has become a necessity. So, when emails continue to lie in the outbox or pictures/status updates  fail to get uploaded on Facebook or tweets refuse to fly to the Twitter land or a whatsapp messages refuse to get downloaded, it is so infuriating and is a true test of your patience.

But not anymore. Airtel has rolled out 4G services, nationwide across 296 cities . It is introduced specifically to handle mobile internet and data more efficiently, allowing faster and more reliable mobile connectivity.

If  I have access to such unbelievable speed, OMG!… what would I do… I think apart from dying of happiness, high speed internet would mean that…

Downloads would be a breeze. There would be no dozing off while looking at the screen as songs, games or videos or apps gets downloaded,  because all the downloads and even uploads would happen in a matter of few seconds and at a much faster rate than ever before.

Entertainment on the go. Live TV or videos could be enjoyed without the irritating buffering, anytime, anywhere! Aur Dikhao… Aur Dikhao… button would spoil us for choices as one browses through the various pages of the online shopping portal.

Conversations would flow effortlessly. Face to face conversations across the miles would not encounter the issues of stuttering, blurry or frozen images. There would be no time-lags and delays and no waiting for a few seconds before the other person speaks. One could talk for hours without getting disconnected or disturbed.

Gaming would be fun. When playing online games, due to poor speed, the pings could be really low, along with huge lag spikes and one often gets disconnected from the steam all together. This can be so frustrating and kill the joy of playing a good game. But with high speed, playing online with multiple players would be so exciting and fun.

Remote working. High speed internet would enable the use of a wider range of applications that will stimulate more efficient ways of working, such as allowing people to work remotely and exploit cloud services via their mobile devices.

It is time to join the Airtel 4G revolution and all one needs is a smartphone that is configured to work with a 4G network, a 4G sim and 4G plan which is available at 3G prices.

Given the pace of our life, we have a need for speed. So, it makes sense to get the advantage of faster, superior and uninterrupted connectivity with Airtel 4G. I am going for it! Are you?