HomePERSONALSpice of Life : Pepper
To Block, or to Crib, That is the Question Sponsored Video: Amazing Blind Tennis Players!

KG : “We have had 8 dogs at our place (his parents’ home) and I know everything about dogs. Would take them for walks, bathe them, have taken them to hospitals, have handled the new born pups to even ferocious ones and have assisted when ‘Laila’ was giving birth to her 6 puppies”….

SG : “We have had a Pomeranian at my parents’ home. She was a sweet lil’ dog. A real friend, not much of a demanding pet, rather a quiet member of our family” 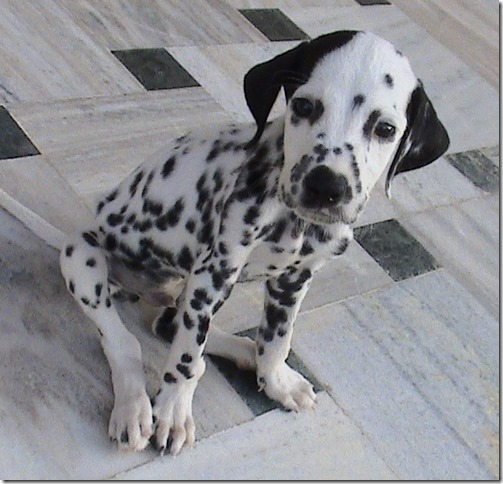 One fine day in April 2006 at Jodhpur, Pepper, a month old Dalmatian entered the Garg family. A cute lil’ baby, loved and pampered by all 3 of us.

Then a month later, he fell ill. It was the hot weather, the vet said. The whole of May passed in taking our new baby to the hospital for shots and drips every morning and evening, feeding him with a syringe, because, he was too frail to eat on his own. And since we couldn’t tie him with the leash, he would roam around anywhere in the home and thus would do sussu-potty anywhere and anytime. Of course, I did the cleaning part without a frown. His being healthy was more important than anything else. And by God’s grace, he became fit and fine. And life was once again warm and fuzzy, happy and loving with Pepper in our life!

And then what followed was….

After the initial euphoria, the men of our family got back to their regular routines.
The vast and rich “walking, feeding, , and handling of dogs experience” of KG was never put to use for Pepper because he was too busy with his work, travel or plain tiredness. All he could manage to give was a weekly bath to our Pepper!

AG, a 4 year old then, was too young to do anything of consequence for Pepper at that time… No, he used to play with ball with him! 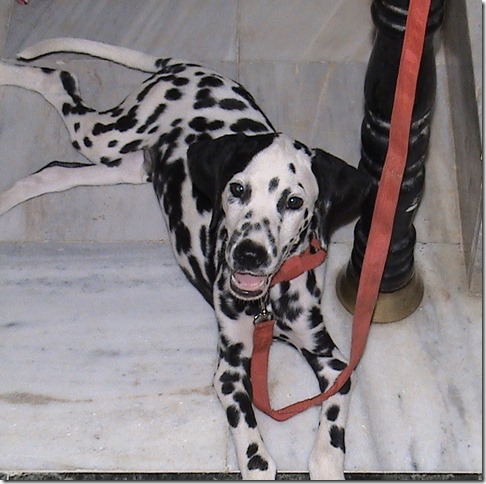 No amount of training from a professional helped him to mend his wild ways. The doctor said that may be the month long illness as a pup had affected him mentally! I agreed with him.

Sussu-potty anywhere in the home, barking incessantly, turning our beautiful garden into a ploughed field with deep trenches were some of the minor aberrations. It was a harrowing time for me. With no help or support system, taking him for morning and evening walks made me dog-tired, literally and figuratively. Most of the times, I would be running after him on the roads, when he would break free from his leash! To divert his vast energy, it was mandatory to play with ball or frisbee with him, run with him, when I had a hundred other things to do. Aah! Life with Pepper was one hell of a back breaking and tiring ride for me….

One day in November 2006, I took Pepper to the vet hospital for his vaccination. I saw a man looking at Pepper with keen interest and finally he told me that he was looking for a male Dalmatian as he had 2 female Dalmatians. I gave an ultimatum to the husband and son and gladly gave Pepper to spice up somebody else’s life.

The two men in my life have never forgiven me for doing this to them. Whenever they see a dog, they talk about owning one, sometimes soon.

I smile and let them day dream!!

Disclaimer : For all the dog lovers out there, I know, the only creatures that are evolved enough to convey pure love are dogs and that they are our link to paradise…. let me share that I love dogs but from far. I believe, having a pet dog is a huge responsibility and a big commitment and not everybody is ready for that!

Linking it to Write Tribe’s Wednesday prompt : Choose two photos you treasure, and write a post about it. Talk about the memories that surround it.