HomeBOOKSBook ReviewB is for… Book Review
A is for... Addiction C is for… Child’s Birthday Today

B is for… Book Review 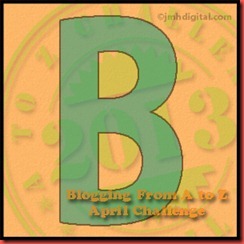 Title: Tantra
Author: Adi
Publisher: Apeejay Stya Publishing
ISBN: 978-81-908636-2-9
Number of Pages: 335
Price [INR] : 195
Genre: Fiction
The blurb of the book reads like this… Anu is a leather wearing, no-nonsense professional guardian with a reputation for killing the most dangerous vampires in New York City. But when her enemies murder the one person she truly cared about, all she wants is vengeance. The only clue points to New Delhi, so Anu puts in for a job transfer. 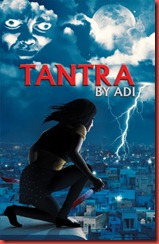 In India, she finds more than she expected. For one thing, her fellow operatives have made a truce with the vampires. For another, it’s way too hot to wear leather.At first, it seems Anu’s biggest challenge will be evading the nice boys her aunt wants her to marry. But when children start disappearing, she discovers forces older and darker than anything she’s faced before. All of Delhi is in danger, especially the sexy stranger who sets Anu’s pulse racing.To prepare for the coming battle, Anu must overcome her personal demons and put aside years of training. This time, her most powerful weapon will come from her mind, not her weapons belt.

Tantra by Adi is about vampires and vampire hunters set in our current times in the capital city of New Delhi. I have read the Twilight series and was aware of vampires and their powers and their romance with humans! Tantra is not at all like a typical vampire story – it is full of action and drama along with some thought provoking adventure and has the backdrop of India’s spirituality, religion, and philosophy in today’s times.

The beginning of the book is a bit slow but it gains momentum as the story progresses and becomes a page turner by the time it reaches its climax. The dialogues are laced with wit and humour which definitely bring some smiles.

The book is high on knowledge and insights. I liked the explanations given on the threads that connect everything, the various astras, mantras, yantras and tantric rituals of 3 types : sattvic, rajas and tamas… Undoubtedly, the author has done a lot of research on the subject.

All this while I thought of tantrics being fake and doing some crazy rituals but it was interesting to read that tantrics are scientists among priests. They took the mantras and the astras and they applied them to real life. While the priests and rishis seek to enrich their own beings through spirituality and meditation, tantrics use their knowledge to apply themselves to the world.

Tantra by Adi gives you lots to chew on… ‘Age is a commodity that is sold in markets. Those who do not reinvent themselves find time to be a cruel mistress without mercy’ is worth pondering and applicable in our lives…

I wish some of the things were explained a bit in detail, though. For example the ‘shift’, or how the healing of wounds and injury is quicker or how the guardians were chosen or how the vampire hunters moved on balls of their feet…

A different story with a powerful theme, Tantra by Adi is a fascinating read.

This review is a part of the biggest Book Review Program for Indian Bloggers. Participate now to get free books!