A is for… Addiction 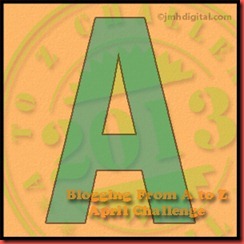 As a child, I was never good at games.The basket ball coach at school identified this trait in a week and kindly suggested that I better opt for Yoga during the sports period.Try throwing a key chain from a distance of 6-8 meters and chances are that it will drop in front of me but not in my outstretched hands or will simply hit my head!!Hell, I can’t even play ‘games’ with people.

But God has his own ways. He compensates… and how! So, what if I am clumsy in outdoor games, He ensured that I had a flair for some other games… the computer/online games.

So, when I first started using computers in 1997 at workplace, I was pulled towards the Solitaire 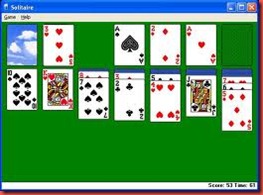 game which comes pre-loaded with Microsoft Windows. Every free minute and sometimes when the boss was not around was used to play Solitaire. I was so hooked to it that I would request hubby to get his official laptop home for the weekend, so that I could put it to good use by playing Solitaire. One game after the other, I could play this game for hours and hours together. So much was my craze for this game that I started playing it from serial number 1 and maintained a notebook which had the game numbers which I was not able to crack. And these failed games were re-visited again till the screen showed “Congratulations, you have won the game!”

After the Solitaire phase, next I came across Bubble Breaker. I got this 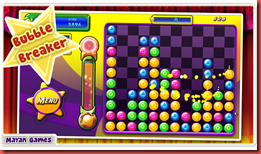 game in one of the forward emails which was duly saved on the system and this was another game that saw me playing liked a woman with a mission. And the mission was to create the highest score. The zeal to break your own score one game after the other gave you a different kind of high. While the husband and friends started labeling me as being addicted to Bubble Breaker, I rationalized by saying, “the goal in life is not surpass the competition, but to surpass the expectations we set for ourselves. Success is sweetest when we break our own record then wake up the next day ready to do it all over again”.

A few years later, when I started playing, FarmVille (FV) on Facebook, even I realized that saying “I am addicted to FV” is putting it very very mildly. While many friends started playing FV during 2009-10, all of them abandoned the game after a few days or months. But not me… I played FV for 3 consecutive years non-stop, day and night. Since, I didn’t play any games as a child I was certainly making up for lost time by playing FV.

My day started with it and ended with it. I would get up in the middle of the night to harvest my strawberries or feed the little puppy on my virtual farm. The joke, “Normal people: “What a lovely home!” Me: “What’s your wifi password.” was inspired from my life! I had blogged about the insanity of my addiction for FV here. This addiction could have gone more worse, till I read a post by Purba. This post, really made me do the reality check. I thought for a while, of course the threat of carpal tunnel syndrome loomed large too and I quit my addiction for FV the very same day!

Did this phase last for long??

I quit my addiction for FV and discovered another game on Facebook… Hidden Chronicles. Even as I write this post, I must have visited the game a dozen times in 5 minutes, despite knowing the fact that the optimum energy required to play a scene would be available only after 50 minutes! The addiction continues….