HomePERSONALMusingsThe Price of a Cricket Bat
Love is Vodka - A Shot Ain’t Enough We Are Moving!

The Price of a Cricket Bat

Last year around this time, Aaryan’s school organised the annual school fair. Like any school fair, the students and teachers set up stalls for food, games etc and the school invited some local vendors too, who sold their wares.

The school kids enjoy this day long fun-fair by eating whatever takes their fancy and shopping for whatever they like too. Now, for buying food items, the kids are given some Rs 300-500 from their pocket money account and as for shopping of articles, the bill goes to the parents!! So, last year Aaryan ate whatever he wanted and shopped whatever he wanted too.

When we met him, he showed us the goodies. He had bought… 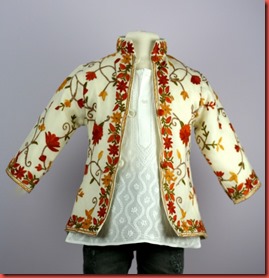 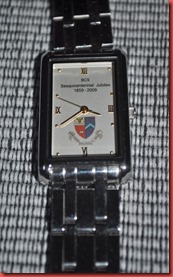 While we were very happy at his thoughtful gesture (and this cost us Rs 3870) but we told him in clear terms that he should not do any shopping for us at school. He should focus on food and have fun playing games and enjoy himself in general during such fairs.

This year, before the fair, we reminded him once again, “No shopping for us!”. The fair was on 29th May and I was in school on 31st May for the Parent-Teacher Meeting. Since I was very early than the scheduled time, I was chatting with Aaryan and his friends in the classroom. They were telling me what all they did at the recently concluded school fete. Among other things, Aaryan told me that he had bought a cricket bat. I was cool with it. He plays many games and cricket is one of them. And the very next moment, his friend nudged him with his elbow and asked Aaryan, with a mischievous smile “Did you tell the price of the bat to Mom?”. I looked at Aaryan and I could see that he was very uncomfortable with the question.

I knew something was not right so I asked him about the price of the cricket bat. Very sheepishly he said “Rs 6500!!”

6500 for a cricket bat!!??, I was shocked beyond words. I took him outside and asked him some more questions and gave him a sound scolding.

It is a bat from Sanspareils Greenlands which is country’s leading cricket gear brand and the legends like Sunil Gavaskar, Virendra Sehwag, Rahul Dravid, C Pujara and many others use this brand.

Rs 6500 for a bat is fine if you play cricket professionally or play exceptionally well. But is it right to buy such an expensive bat when you play the game of cricket sometimes in a week and when things don’t go right while batting as per your expectations you throw the bat in disgust or anger and sulk!! Ok, the last part is bit of an exaggeration but you get the drift.

A few things emerge from this…

While, I still fume on seeing the bat, KG is nonchalant about it. He believes it is a learning curve for Aaryan and that it is not the price of the bat but it is the price we paid for him to learn independent decision making!