HomeFICTIONShort StoriesChapter 2 : The Dream I Dream…
UBC Day 31 : The UBC Journey from A to Z Do Right… The Earlier, The Better

We all know about this game called Chinese Whispers in which one person whispers a message to another, which is passed through a line of people until the last player announces the message to the entire group. We at Write Tribe are doing just that but with stories on our blog. One person tells a short story on his/her blog, the next Blogger will continue the story, till it finishes on Blogger no. 9.

The Dream I Dream…

Rohan pursed his lips, furrowed his brow and slowly shook his head from side-to-side.

‘I want you in my cabin with the ABC project report NOW’. He gave me one last disgusted look before leaving me alone.

Oh, but I am not alone. It is Sid, the Mr-Know-It-All, again. I know, he means good for me and is always there to protect me. His uneasy but spot-on questions irk me but what really gets me is his domineering attitude.

‘Aha! The bossy can’t stand you too’, I heard his voice mocking me. 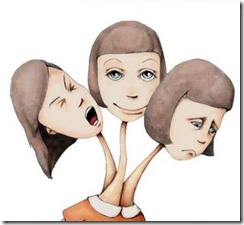 ‘Why is he always difficult and snappy with you?’. This time I could see his eyes bright with mischief.

Ignoring him, I went back to my workstation and woke up my laptop from its deep slumber. As I navigated through various folders to locate the updated ABC project report, I saw Sanket enter Rohan’s cabin.

Mr Chauhan, the man of my dreams, like a hero bashed my boss, verbally. I could see Rohan with his sullen face looking down. I could sense the glow of a smile rise up through my whole being.

No matter how hard I tried, sleep never came easily to me. Every time I closed my eyes images of my father’s face flooded my mind. The memories which I wanted to bury would come closer and closer to the surface. Some secret part of me remembers the dirty things done to me as a child, every night.

Like every night, the little boy, who calls me ‘Shish’ comes and calms me.

I know, Shishir must be a tongue twister for him.

“Shish, stay calm”, he said in his child-like voice which was paired with mature wisdom.

Yes, stay calm. I have become an expert on that. Because, that’s what I have been doing since ages. Yes, stay calm and let go of the pain and get over with it quickly. The more you resist, the more the pig enjoys. By pig, I mean the real pig in my life as well as the one George Bernard Shaw referred to.

To tell you the truth this little boy’s soothing words have a calming and a comforting effect on me and his presence lulls me to sleep.

But not for long, as the demons of the dreams visit and awaken me.

It is the same dream again. But it is a bit different this time.

The knife is not pointed at me like how I have seen it earlier in my dreams.

As I toss and turn to shake that nightmare away, I hear Sid’s urgent voice, jolting me up from sleep.

‘Wake up you fool. See, what you have done!’ I see him sneer with contempt.

I feel something hard in my hand. I sit up in my bed with a start. I am holding a big knife. With a shriek, I throw it away and cover my mouth with my hands.

My hands are sticky. Why? I look down. Why are my clothes stained? Am I bleeding? Did I cut myself?

Am I still dreaming? Is all this a part of the dream?

Tribe whispers is an idea proposed by Ayush Chauhan in the  Write Tribe Facebook Group. Members of the group are working together to create a story. Read more here: Tribe Whispers at Hundred Works.

The story of the Tribe Whispers (Group 2) now moves to Pixie for Chapter 3.

Finally I have my own place, my very own piece of land. It is...