HomeBOOKSBook ReviewThe Price You Pay
My Beloved's MBA Plans Did It Happen? I Hope NOT... NEVER

The Price You Pay

Title : The Price You Pay 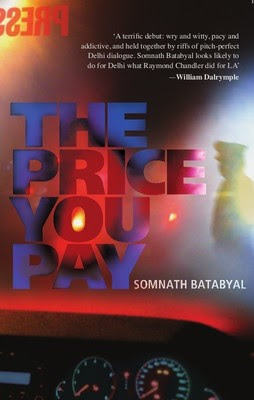 Summary :  An ambitious rookie reporter, a veteran news editor with a secret, a trigger-happy policeman, a sensational kidnapping: The Price You Pay is the story of Delhi, told through the eyes of the journalists who frame it, the policemen who protect it, and the outsiders who claim it.

When Abhishek Dutta joins the Express as a trainee journalist, he has no idea how his life is about to change. Assigned to the crime beat by chief reporter Amir Akhtar, Abhishek encounters a motley cast of characters: DCP Uday Kumar, the ‘Dirty Harry’ of Delhi Police; ACP Crime Branch Mayank Sharma, who becomes a close friend; Samir Saxena, channel head of News Today, who mentors Abhishek’s move from print to electronic journalism; and dreaded gangster Babloo Shankar, who runs the Delhi mafia from exile. As he rides his beginner’s luck to unearth one sensational scoop after the other, Abhishek will soon discover that in the dog-eat-dog world of crime and politics, there are no permanent friends or enemies; it is every man for himself.

With a plot that twists and turns like the inner lanes of the city, Somnath Batabyal’s debut novel takes you into the dark underbelly of India, where common lives are mere pawns in deadly power games and where corruption lies at the very core.

Review : Thrillers and mysteries is my favourite genre to read! The dangers, the conflicts, the horror, the intense drama takes you on a dangerous and a thrilling ride. The Price You Pay is a racy-pacy crime thriller that takes you in the world of crime journalism. The plot is inspired from our real world where corruption, kidnappings, dog-eat-dog office politics, personal prejudices and ambition are common and as a reader you can relate to. The characters are well-etched and very real.

The author has worked as a crime journalist so the book has insights about the functioning of police, print media reporters and electronic media journalism and the network of informers in the crime world which is indeed fascinating. And all the inside stories, the games journalists and police play with each other, the cover-ups and other nitty gritties make for some very informative reading.

The Price You Pay has a steady pace that keeps you glued to it from the beginning to the end. The end is so a bit rushed up, though.

If you are looking forward to read an unputdownable crime thriller, The Price You Pay is highly recommended.

PS : It would be fabulous to see The Price You Pay adapted into a movie!