HomePERSONALHe is #madeofgreat
Something is Better than Nothing CouponMachine.in : A Website Review

When he quit his high paying job at a large MNC in the leadership team to start his own business venture at 40, what did he expect?

Apart from that thing called ‘follow your passion’ that was buzzing in his head, he  didn’t had much going in his favour.  His decision to leave the security and stability of a salary at the end of the month along with a bright career received no support and encouragement from people he considered close to him. They not only criticized and rejected his decision  some even mocked it.

He had only his passion, hard work, experiences of life and the will to make it big. And with all these he plunged into the big unknown world of entrepreneurship.

Within a year, the same friends and acquaintances started giving him, ‘we told you so’ looks. Yes, his start-up didn’t take off as per his expectations. They didn’t believe that it takes time to set up and establish a business! But the critics and setbacks didn’t stop him, because failure was not an option for him.

He didn’t let the lack of experience in this new field or the naysayers intimidate him. With a thirst for knowledge and willingness to dirty his hands literally and figuratively, he began to carve out a new entrepreneurial path for himself. From power dressing and review meets in board rooms he had moved to the growing and nurturing plants and livestock on a farm. It was a BIG change!

He met the farmers, the consultants and the specialists and learnt from their experience and knowledge. He experimented, he learnt. The journey was not easy, there were obstacles both big and small and a LOT of hard work as he pushed himself forward with an unwavering commitment to his dream and to his family.

While people suggested that he need not work hard and should just supervise on the farm, he believed in learning by doing along with the farm-hands and getting first-hand experience. He believed that these hard years will pave the way for great years ahead. The weather was harsh, the winters were extremely cold and in summers the regular temperature was around 45ºC. The terrain was tough with wild animals, bugs and insects frequenting the farm, frequently. He braved it all. 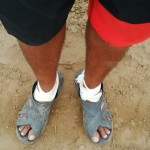 Bandaging feet to ward off flies from mosquito bites-wounds 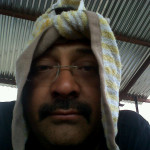 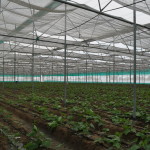 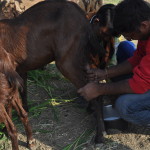 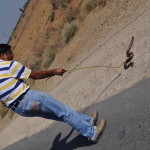 The creepies and crawlies that gave him company 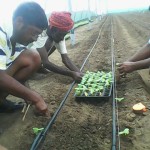 Working together and getting first-hand experience

Like any other work, some days were bad days and things just wouldn’t work the way he wanted. The sick animals,  the infested plants, machinery breakdowns, intense heat waves, low funds, fluctuations in the market were some of the issues that impacted him. People would quietly advice him to get back to corporate world. But, something kept him going despite the obstacles, for he always found a way to move around the obstacles. It was an inner drive, an inner hunger to prove to himself that impossible is nothing. Staying positive and believing that if he keeps trying, the answers will be forthcoming, sooner than later.

Anyone else in his place would have given up long ago, but not him. Each struggle, each setback made him tough and strong as he fought and overcame it. Perseverance and seeking excellence became his mantra. He still has a long way to go in his chosen field but he has started seeing the fruits of his labour. 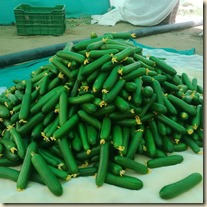 Do you know who is this person #madeofgreat? He is none other than KG, my best half. He is undeniably #madeofgreat. He is a winner who is driven by self belief and the desire to excel and conviction to win. And am I proud of him?

The #madeofgreat campaign is confluence of two global brands-Tata Motors and Lionel Messi. Tata Motors has a DNA of trust, authenticity, reliability, simplicity, and innovation and Lionel Messi has talent galore with conviction and is trustworthy, reliable, pioneering, simple and driven by self-belief.

Here’s question for you, “What do you think of Tata Motors’ association with Lionel Messi?” The best comment for this question gets an Amazon Voucher worth Rs 750/-