HomePERSONALMusingsWhy do People Behave Differently in a Group?
Change It Up A To Z Challenge 2016 Theme Reveal

Why do People Behave Differently in a Group?

Earlier this week, I was returning back home from Bangalore. After all the security checks, I checked in the Premium Plaza Lounge and relaxed a bit after the hectic day at work.

The silence in the lounge, the comfortable chair and a hot cup of tea did wonders for my state of mind. In no time, I visibly relaxed and enjoyed some time by myself  as I read and watched the world go by. 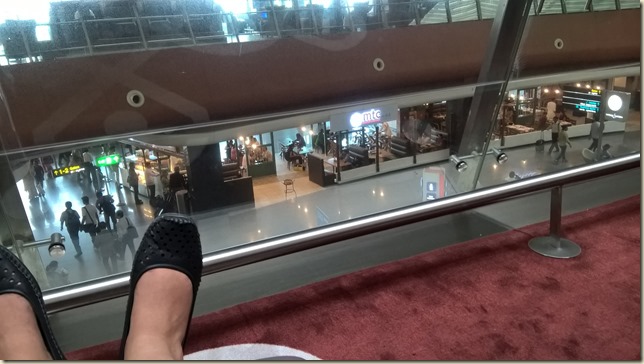 As we know, the good times don’t last forever and it was time for me to leave this peaceful haven and move towards the gate to board my flight.

As I approached the gate, I stopped in my tracks. There was a lot of commotion at the far end of the waiting area. On observing further, it was actually loud boisterous voices of a large group of people. It appeared all were talking simultaneously. Ignoring them, I boarded the airline shuttle bus and peace was all around once again, with everybody in the bus busy looking either the activity on the ramp and taxiway or their smartphones.

As I settled in my seat, the raucous laughter and loud chatter filled the aircraft. One look in the direction of the noise and my heart sank, it was the same group from the waiting area. The group consisted of some 30-35 middle-aged men and women. In high spirits and booming voices they kept the luggage in overhead bins and occupied their seats. No, some never sat on their seats and took the role of airline staff and made sure that their group mates were comfortable. So, they kept moving back and forth from the front end to the back of the aircraft, since their seats were scattered.

The airhostesses tried their best to bring some order to the proceedings but in vain. The group carried on with their party, with chanting of ‘Jai Shree Ram” when the plane took off and generally talking non-stop and loudly. Neither did they listen to the announcements nor did they let anybody else do the same. They were totally oblivious to the amusement or disgust of other passengers.

Soon, it was time for food service and pandemonium broke loose. The volunteers from the group opened the overhead bins and took out boxes and bags of food. Different aromas soon wafted through the air. The volunteers served kachoris, samosas, mathris, home made paranthas, namkeen, sweets, juices, cold drinks and even pickles to their friends. The airline girls requested them to carry on with their food party after the airline service, but did they listen? 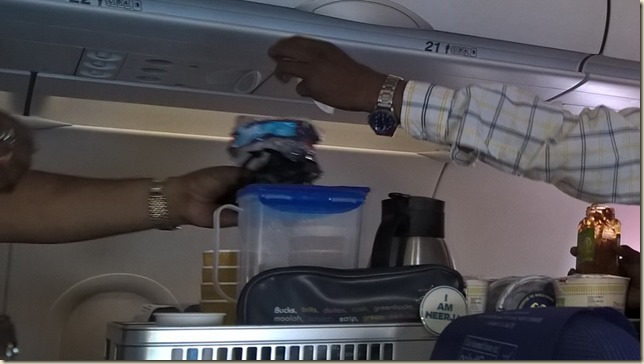 The airline staff was visibly annoyed with the way they had taken over the aircraft. But the group just turned a deaf ear to their pleas. And the party continued with renewed zeal after the hearty meal they had, and were more raucous than ever. There was not a single moment of peace and quiet in the aircraft during this two hour flight.

And all this made me wonder why people behave differently in a group? Would these people behave in a similar manner when they were travelling alone? I know for sure that it would be a big No.

Then what transformed them? And what made them behave this abominably when they were in a group? Is it the comfort of large numbers? Is it the feeling that they are less likely to be caught doing anything wrong because the anonymity a group provides. Or is it that being in a group made them feel that they were not personally responsible for the collective actions of the group? Whatever happened to their moral code of conduct and how could they change their priorities? Is it the herd mentality where people look to others to see how to behave?

Whatever it is, it is pretty disturbing. What do you think about it? Have you experienced this herd behaviour anytime?