HomeCOLLABORATIONSDeo Stick Online for Men and Women
If We Were Having Coffee... 26th November True Story

If you thought that Deo means spray, then think again.

Cinthol has launched Cinthol Deo Stick which is labelled as ‘DeoReborn’.  Cinthol, with its brand philosophy of continuous reinvention has introduced an innovative product in the deodorant category. It could have come as a deo spray, but it chose to sacrifice and is available in a revolutionary form. Yes, Cinthol DeoStick is a cream based deodorant like you have never tried before.

Step 1:  After a shower, take the Cinthol DeoStick and gently squeeze out a small amount.

Step 2: Directly apply onto your skin, moving the tube in a circular motion. There is no need to use hands for application.

Have you used Cinthol DeoStick? How has been your experience? Does this new form of DeoStick appeal to you? 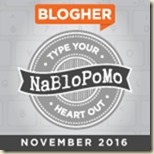