20 Fun and Fascinating Facts About Books

For bookworms, there’s nothing like cuddling up with a good book and a cup of hot cocoa (or a glass of wine). And that’s because books are a uniquely portable magic and who doesnt want a little magic in their lives. Since we share the love of books, I thought that we must look at books a little further, in particular, fun and fascinating facts about books.

So read on and be amazed.

1. The book, Arsène Houssaye’s “Des destinées de l’ame” (On the Destiny of the Soul) is bound in the skin of a female mental patient who died of a stroke at the Harvard University Library.

2. There is an actual word for loving the smell of old books, it’s called Bibliosmia.

3. The longest sentence to ever be printed in literature is from belongs to Les Misérables by Victor Hugo. This book has a sentence which is 823 words long.

5. Costing an enormous $15,000, the smallest book made is Teeny Ted from Turnip Town by Malcolm Douglas Chaplin. You will need a scanning electron microscope to read a copy.

6. 68% of books sold worldwide are bought by women.

7. Did you know, the fear of running out of something to read is called Abibliophobia.

8. Buying books and not reading them is also a thing. Japanese have a word for it, it is called Tsundoku. 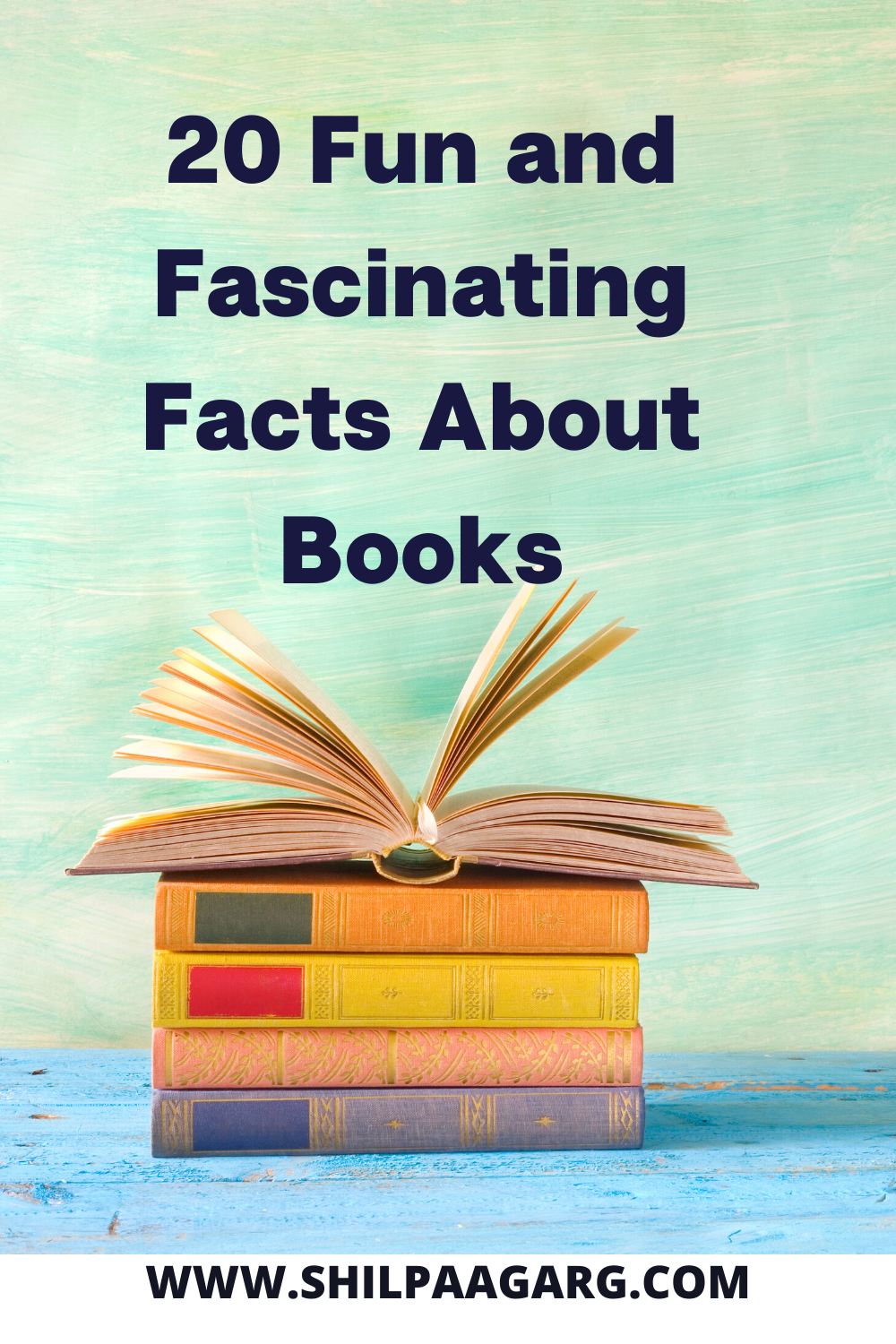 10. Old copies of pulped Mills and Boon novels were used to build part of the M6 toll road in Birmingam, UK. They were used in the top layer of the motorway.

11. The most expensive book in the world is Codex Leicester by Leonardo Da Vinci. It was purchased by Bill Gates for 30.8 million dollars.

12. The Holy Bible, Quotations from Chairman Mao Tse-Tung and Harry Potter are the 3 most read books in the world.

13. A study found that you are 2 ½ times less likely to be diagnosed with Alzheimer’s in later life if you read regularly.

14. The Hobbit and The Lord of the Rings, were typed by J.R.R. Tolkien with just two fingers.

16. The first book ever written using a typewriter was The Adventures of Tom Sawyer by Mark Twain.

17. If you publish a book in Norway, the government will buy 1000 copies (1,500 if it is a children’s book) and distribute them to libraries throughout the country.

18. There exists an Icelandic tradition called Jólabókaflóð in which books are exchanged as Christmas Eve presents and the rest of the night is spent reading them and eating chocolate.

19. Stephen King originally tossed his manuscript for Carrie while living in a trailer home with his wife, claiming that it was a “loser”. His wife, Tabitha, upon finding it in the garbage and reading it, convinced him to finish it and send it in. It’s the novel that made him famous.

20. The most commonly used sentence in the Harry Potter book series was: “Nothing happened.”; for The Hunger Games series it was: “My name is Katniss Everdeen.”, and for the Twilight series, it was: “I sighed.