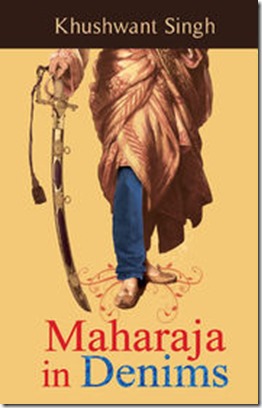 Chandigarh: a modern city with all the trappings of the uber-rich – snazzy SUVs, glitzy homes, and fast-paced, decadent lifestyles.

Hari and Suzanne: a young, lusty, college-going couple. While living the life of a normal teenager, Hari starts getting flashes of his past life – which tell him he’s an incarnation of Maharaja Ranjit Singh, the mighty founder of Sikh empire two hundred years ago. And when Suzanne attempts to decode Hari’s past life through regression, their lives change forever as many shocking past lives are discovered!

Interwoven throughout the unfolding of Hari and Suzanne’s present day story are vignettes of Ranjit Singh’s life and loves, valour and conquests. When Suzanne helps Hari uncover the secrets of his past life, they stumble upon people and incidents that link the present day to the turbulent and disturbing history of Punjab.

The intense story moves to England and then to Mumbai, with an astonishing revelation at the end, which is set in the future yet has a deep historical resonance. A modern tale, Maharaja in Denims is moving, bold, and racy.

Maharaja in Denims is a historical fiction with a novel story line. Hari, a 19 year old college student suddenly discovers that he is a reincarnation of Maharaja Ranjit Singh, the Lion of Punjab and the founder of the Sikh Empire. He gets flashes of information about the life and times of the Sikh ruler without ever knowing anything about him. His girlfriend, Suzanne who is a student of Psychology helps him recover memories of his past life or reincarnations through regression technique.

Maharaja in Denims connects the past and the present with the story of Maharaja Ranjit Singh’s life, loves, rule, battles and times along with the current love story of Hari.

The book deals with a lot of insights on the culture, lifestyle, people, trends,  traditions and issues of Punjab. Being a Punjabi, I could relate to all that and simply enjoyed the dialogues in Punjabi (No, they are not too many and of course, they are translated in English too). It brings to the fore the increasing trend of Sikhs with shorn hair (cut-surds), affluent kids with SUVs and expensive motorbikes, the skewed male-female ratio in the state, preference of weekend get-aways in Himachal, dollar dreams of the youth, UK-based second generation NRIs, deaths of farmers due to pesticides, drug addiction along with the killing of the Sikhs after Indira Gandhi’s assassination, the politics of votes and the 26/11 Mumbai terror attack.

The language is impeccable and the narrative is smooth. Though I think that the historical reference of Maharaja Ranjit Singh was a bit too much and Hari’s future life progression somehow appeared unrealistic.

The climax of the book came with an unexpected twist which is tinged with tragedy and was also a bit dramatic. But guess, that is needed to make the book ‘work’.

Maharaja in Denims is an enjoyable and enlightening read and a pleasant way to spend a few hours.

Author Bio : Born on 11 July 1972, in a leading farming family of Punjab, Khushwant

Singh developed writing as an alternate career at the age of twenty-four. He is the author of best-selling Sikhs Unlimited, a travelogue from UK to USA featuring extraordinary Sikhs and Turbaned Tornado, biography of Fauja Singh, the world’s oldest marathon runner.

His Sunday column, ‘Punjabi by Nature’ in The Hindustan Times on the passions, problems and idiosyncracies of the region, is widely read. An alumnus of St. John’s High School, Chandigarh and Department of Mass Communication, Punjab University, Khushwant Singh has also written for the Times of India, The Tribune, BBC Online and India Today.