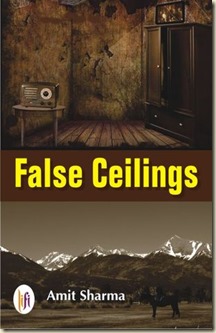 Born in the lush mountains of Dalhousie in 1930, Shakuntala is a pampered child of a wealthy builder. On her wedding night she is gifted a secret to use wisely when the time comes.

From the green valleys of Dalhousie to a village in Punjab reeling under the communal violence of 1947; from the Delhi of 1950s with its intoxicating smell of freedom to the Delhi of 1970s soaked in the hippie culture; from the Delhi of 1984 smelling of burnt tyres to the Delhi of 90s raising its Frankenstein of urbanization, the cancerous secret breathes with her, infects her. It is accidentally passed down, hidden under insecurities and jealousies, locked in its meaninglessness and leaving a trail of ruin.

When her great- grandson accidentally discovers the secret in 2065, he is perplexed by the malice that flowed in his family’s blood. Was it just the secret or his family would have destroyed itself even in its absence? Why was their love never greater than their unsaid expectations from each other?

False Ceilings is a family saga, a story of a family spanning through generations and how actions of one generation has an impact on the future generations. The story is set between a vast time period, starting from the somewhere in the 1930s and culminating in highly-digital and technologically advanced and futuristic the 2060s. Central to the story is a secret that is guarded superstitiously and is held upon tightly by generations of family members. This secret binds the family together as well as destroys them too.

The interesting aspect of False Ceilings is that there is not just one protagonist in the story but a whole lot of them. Each character is introduced in a separate chapter and their life story reads like a biography. Though this a story of a family that is linking generations, the introduction of the characters is not in a chronological fashion. So each character’s trials and tribulations, feelings and emotions, aspirations and expectations, events and culture of his/her era are narrated spanning through different time periods and age group of people  too. This non-linear progression of story from future to past to present to future… is not smooth which created some confusion and I had to re-read a few things again to get a clear perspective.

While the curiosity of the family secret kept me to turn the pages of False Ceilings one after the other, the book through the multiple characters of the family also explores relationships and human psyche. Through their hatred, dissatisfactions, misunderstandings, frustrations, memories, fears and worries, the characters come to life beautifully. Amit has done a commendable job is etching these characters.

The story keeps flitting between Dalhousie and Delhi. The author painted the beauty of these places so vividly that the hills, the sunsets, the hustle and bustle or the quiet of the night,… I felt that I was there and experiencing it all too.

The story did not have some great twists and turns but still kept the reader in me engaged and interested. The climax was what disappointed me. The secret which lay wrapped in a yellow cloth in a cupboard with false ceiling and was passed from one generation to the other, when is revealed did not give an Aha! or a Wow moment to me.

Overall, False Ceilings is an entertaining read with a storyline that is different from the regular and characters that are close to reality. Go for it!