We plan for our travel trips to the tee. We want them to run smoothly like clockwork precision. But travel problems have a way of creeping up on us and throw a wrench in the best planned trips. Over the years I have faced a lot of travel problems. Let me share a few unexpected travel snafus today. 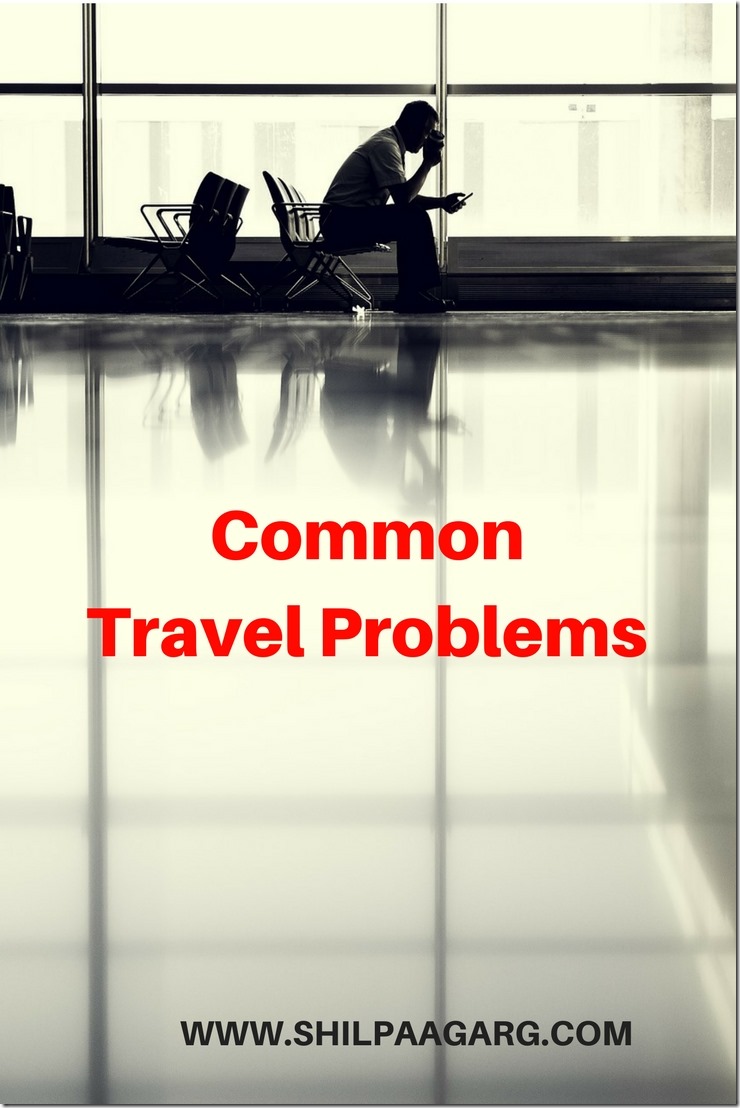 I have battled eve-teasing, put up with annoying co-passengers, waited endlessly as the flights/trains were delayed, no room despite the booking at the hotel, traveled all through the night without catching a wink and then reported for work at 9 am, reached destinations at all ungodly hours, got involved in an accident by sleepy Uber driver, have reported to work in the clothes which I was wearing for more than 30 hours because the baggage was misplaced by the airline and many many more mishaps. But all these have not diminished my love for travel. Rather, these challenges and experiences during travels have shaped me into the person I am today.