This Village Has an Eye Donor in Every Home #WATWB

Madathattuvilai, a quaint little village in the Kanyakumari district of Tamil Nadu is engaged in a heart-warming pursuit.

As many as 229 residents of Madathattuvilai have donated their eyes in last one decade—making the village a trailblazer among cities and towns across the country. This village is making records of becoming the highest body and eye donors in the state. When someone passes away in this village, the first thing that the family of the deceased does is to get in touch with the priest of the local church.

Following this, the youth group of the church reaches out to the family and helps them with the process of eye donation. It even facilitates the speedy retrieval of the organ by a medical team from Tirunelveli.

Interestingly, in the beginning, the villagers were not exactly keen on the idea. Most elders did not want to donate eyes as they feared that they would not be able to see God in their afterlife. In 2004, in an effort to help the villagers understand its importance, the youth group decided to work on raising awareness about the act.

They were supported by the parish priests of St Sebastian Church, who would extensively talk about the importance of eye donation in their sermons.

These sessions undoubtedly had a profound impact because three years later, in 2007, the first ever eye donation took place in the village. Later, in the same year, close to 1,500 individuals, mostly youngsters, enrolled for eye donation.

The first donation was followed by eight more, and that was just the beginning. Today, every single house in Madathattuvilai has at least one enrolled donor.

By not letting grief cloud their judgement, each resident of the village—from a 14-year-old in 2015 to a 97-year-old lady in 2017—is setting a remarkable example of compassion and bringing light into the lives of the visually impaired.

This post is part of the We Are the World Blogfest, a monthly blogging event created by Damyanti Biswas and Belinda Witzenhausen to showcase stories of hope and light. This month is the 22nd #WATWB and  I’m helping out as a co-host, along with extraordinary bloggers : Sylvia McGrath , Belinda WitzenHausen, Dan Antion, Damyanti Biswas —please hop over to check out their WATWB posts as well as from other WATWB participants for a dose of feel-good to last you a whole month. You’ll be happy you did! 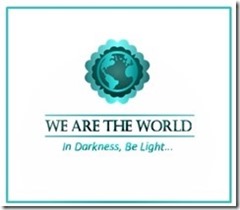