Considered one of the best movies of all time, The Godfather is based on Mario Puzo’s novel. The story takes place over 10 years, chronicles the happenings within a New York crime family, with an emphasis on the transformation of one of the Godfather’s son from reluctant outsider to a ruthless mafia boss. With Marlon Brando and Al Pacino delivering glorious performances and an epic story, there’s no wonder The Godfather is one of the most imitated and frequently-quoted films in modern history. The movie exceeded all expectations, quickly becoming one of Hollywood’s greatest critical and commercial successes.

In a dystopian version of North America, the 12 districts of Panem must send a teenage boy and girl as tributes to compete in the Hunger Games as punishment for a past uprising. The Games are a twisted reality show where the tributes fight each other to the death, up to the point where only one victor remains. The story centers on Katniss Everdeen, who has to rely on her sharp instincts and hunting skills to survive in the dangerous arena. The Hunger Games movies remain some of the best YA book-to-movie adaptations out there, perfectly capturing the gloomy atmosphere and raw emotion of the books. The fact that author Suzanne Collins was on board to help write the screenplay probably didn’t hurt. Factor in Jennifer’s Lawrence undeniable acting chops, and a hit was born.

Schindler’s List isn’t a feel-good movie, but it’s a must-see one. Based on the novel Schindler’s Ark by Thomas Keneally, it follows Oskar Schindler, a businessman who saved over 1,000 Jews from sure death during the Holocaust by employing them in his factories, which caused him to lose his fortune in the process. It’s a true story, brilliantly brought to the big screen thanks to Steven Spielberg’s skillful showcasing of humanity and compassion. One of the most powerful portraits of World War II, Schindler’s List is about an anti-hero who succumbs to his inner goodness. But it’s also about death, grief, terror, violence and empathy. The realism and attention to detail make the movie difficult to watch, but it’s the type of outstanding film everyone should see at least once. It will likely stay with you for a long, long time.

4. Gone With The Wind

Margaret Mitchell’s novel is an incredible 1,037 pages long and the film is similarly unstinting in its devotion to telling the story, clocking in at nearly four hours. This dramatic retelling of the events preceding, during and following the American Civil War is rightly feted. Clark Gable, Vivien Leigh, Olivia de Havilland and Leslie Howard shine like the Hollywood royalty that they were.

5. The Silence of the Lambs

Bringing Hannibal Lecter to the big screen is no easy feat, but The Silence of the Lambs pulls it off beautifully, offering a haunting tale of horror and suspense. The story follows Clarice Starling, a young FBI trainee who interviews Hannibal Lecter in her pursuit to apprehend a serial killer. Lecter is himself a cannibalistic serial killer serving life behind bars, but who just happens to be a brilliant psychiatrist as well. Unfortunately for Clarice, his insights don’t come cheap. This hypnotic adaptation will keep you glued to the screen thanks to its sheer intensity. Moreover, Anthony Hopkins and Jodie Foster are both brilliant, showcasing their talent as they bring to life two memorable characters. All in all, The Silence of the Lambs is a well-crafted, clever thriller not recommended for the weak of heart. 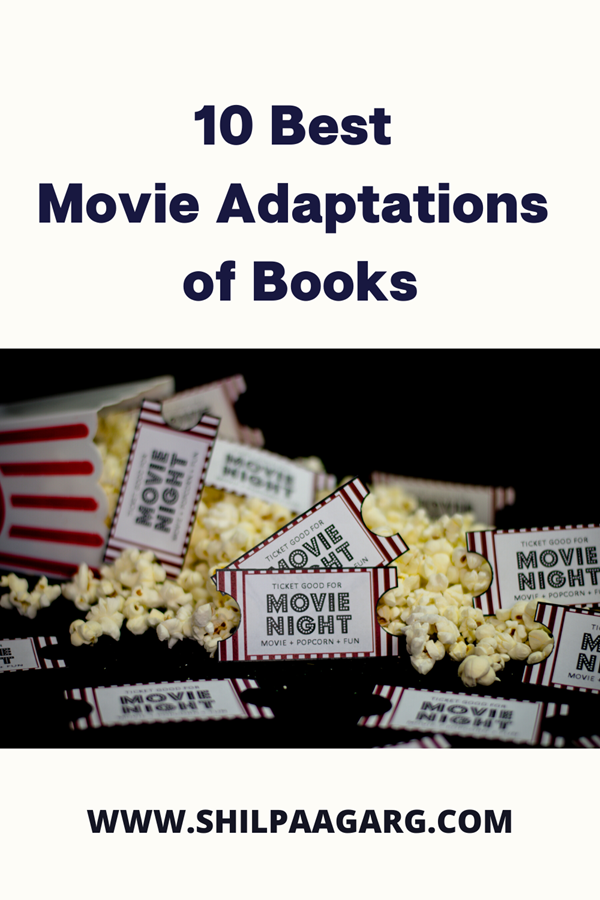 Spielberg’s 1975 adaptation of Peter Benchley’s novel of the same name has been adjudged as a classic thriller. Telling the story of a giant man-eating white shark attacking beachgoers in a fictional U.S.  town Jaws inspired a worldwide sea-fearing epidemic. With the tagline ‘you’ll never go in the water again’, it’s not hard to see why.

In this Alice Walker’s novel, Celie writes letters detailing her often painful life in rural Georgia, her separation from her sister, Nettie, her relationships with her husband’s son’s wife, Sofia, and her husband’s sometimes-mistress, Shug. The book delves even deeper into the inner lives of the women in Celie’s life and paints a more complex picture of the relationships they share. This was Whoopi Goldberg’s first film and she received her first Oscar nomination for it.

8. The Fellowship of the Rings

Based on J.R.R. Tolkien’s work, The Fellowship of the Ring centers on Frodo, a hobbit living in the fictional world of Middle-earth. Assisted by a Fellowship of heroes, he embarks on an epic quest to destroy the One Ring and its maker, the Dark Lord Sauron. The Lord of the Rings trilogy is a cinematic triumph and the first movie flawlessly introduces the world and mythology. In short, it does the source material justice. Although faithful to the books, the adaptation does omit some of the story.

9. To Kill A Mockingbird

A Pulitzer Prize-winning book and an Oscar-winning movie. The film won three Oscars, including Best Screenplay and Best Actor for Gregory Peck’s brilliant portrayal of Atticus Finch. Alexander Armstrong says: “Harper Lee’s debut – and so far only published – novel has sold over 30 million copies and the film is a faithful adaptation of her story.

Everyone thought The Life of Pi by Yann Martel was unfilmable – a boy on a raft with only a tiger for company! But somehow, Ang Lee managed it magnificently. The director picked up an Oscar for Best Director and Mychael Danna also won one for Best Original Score.