1. Happy families are all alike; every unhappy family is unhappy in its own way.
Anna Karenina by Leo Tolstoy

2. If you really want to hear about it, the first thing you’ll probably want to know is where I was born, and what my lousy childhood was like, and how my parents were occupied and all before they had me, and all that David Copperfield kind of crap, but I don’t feel like going into it, if you want to know the truth.
The Catcher in the Rye by J. D. Salinger

3. In the beginning, the universe was created. This has made a lot of people very angry and been widely regarded as a bad move.
The Restaurant at the End of the Universe by Douglas Adams

4. Mother died today.Or maybe yesterday; I can’t be sure.
The Stranger by Albert Camus

5. You better not never tell nobody but God.
The Color Purple by Alice Walker

6. It is a truth universally acknowledged, that a single man in possession of a good fortune, must be in want of a wife.
Pride and Prejudice by Jane Austen

7. It is a truth universally acknowledged that a zombie in possession of brains must be in want of more brains.
Pride & Prejudice & Zombies by Seth Grahame-Smith

8. I write this sitting in the kitchen sink.
I Capture the Castle by Dodie Smith

9. Lolita, light of my life, fire of my loins.
Lolita by Vladimir Nabokov 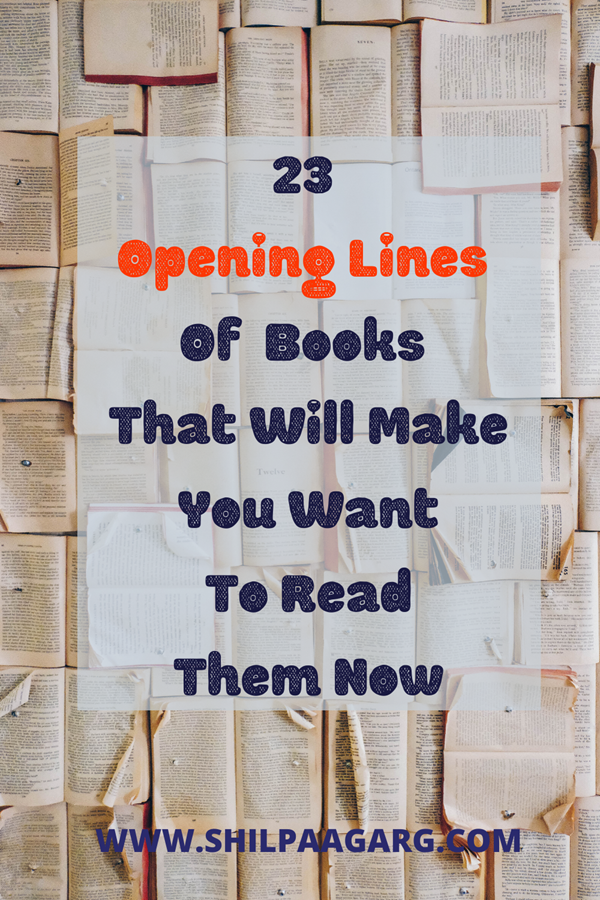 11. Mr. and Mrs. Dursley, of number four Privet Drive, were proud to say that they were perfectly normal, thank you very much.
Harry Potter and the Sorcerer’s Stone by J.K. Rowling

12. There was a hand in the darkness, and it held a knife.
The Graveyard Book by Neil Gaiman

13. Captain Ahab was neither my first husband, nor my last.
Ahab’s Wife by Sena Jeter

14. Whether I shall turn out to be the hero of my own life, or whether that station will be held by anybody else, these pages must show.
David Copperfield by Charles Dickens 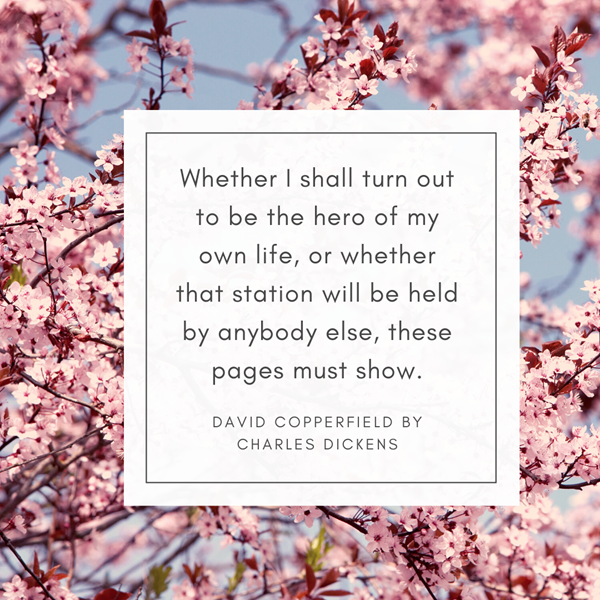 15. The man sitting across from me at the café was thinking about murdering his wife.
The Mind Readers by Lori Brighton

16. Before my wife turned vegetarian, I’d always thought of her as completely unremarkable in every way.
The Vegetarian by Han Kang

17. Later, as he sat on his balcony eating the dog, Dr Robert Laing reflected on the unusual events that had taken place within this huge apartment building during the previous three months.
High-Rise by JG Ballard

19. He sat at his desk, wearily watching the children file out of the room, reflecting that, this term at least, it was reasonable to assume that none of the girls was pregnant.
Wake In Fright by Kenneth Cook

20. I don’t know how other men feel about their wives walking out on them, but I helped mine pack.
Breaking Up by Bill Manville 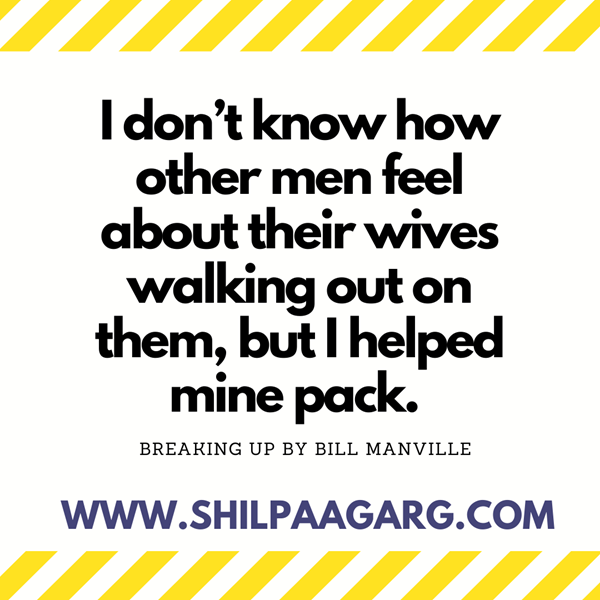 21. I begin with writing the first sentence — and trusting to Almighty God for the second.
The Life And Opinions Of Tristram Shandy, Gentleman by Laurence Sterne

22. When you wish that a Saturday was actually a Monday, you know there is something seriously wrong.
Boy in the Tower by Polly Ho-Yen

23. It’s a funny thing about mothers and fathers. Even when their own child is the most disgusting little blister you could ever imagine, they still think that he or she is wonderful.
Matilda by Roald Dahl

Hope you’ve enjoyed this list and do add your own favorite opening lines of books in the comments below!